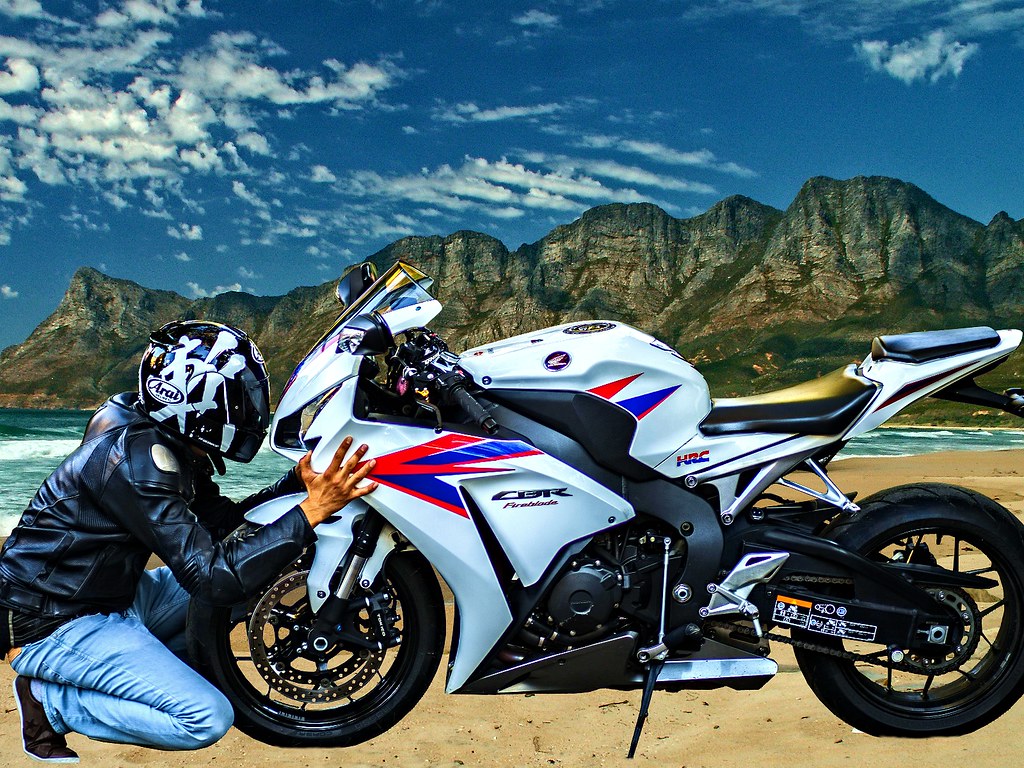 Mathematics, the domain of irrefutable logic except where it comes to motorcycles. As a proud owner of any number of two wheeled dollar gobbling black holes my advice is to hide the receipts, and not just from your partner, as the real total spent over the years is best not known and would only cause acrimony or worse. The most economic way of owning a bike is to leave it factory standard, you need to buy exactly what you want. That’s great in theory but comes up against personalising, optimising, righting the economies of scale and manufacturers perceived shortcomings, making it a more comfortable fit, subjectively sounding and looking better etc etc etc so you soon find yourself searching ebay for that turbo and sound system for your postie bike.

Peer pressure,  “Who needs an airbox anyway?” can take you down the wombat hole of waterlogged filters, mid-range fuelling flat spots and melted pistons. OK, race bikes run pod filters (or even no filters) but they are designed for flat out riding for short periods of time not civilised stop start commuting on the street. A bike that you bought for $5K and spent a further $10K is not worth $15K to anyone else but you. (At least it’s the same bike so your partner won’t be too suspicious). Spending money on a bike is like going on holiday, you do it for the experience and the memories – yes, you will have a unique motorcycle, and sadly the only person who will truly comprehend your nitrous boosted GPX250 is someone who has done something similar, and No, I don’t really want to look at your holiday pics.  It may take years but eventually you notice how original condition classic motorcycles go for a small (or big) fortune, even if you still can’t help seeing them as a blank canvas.

Fortunately for the motorcycle industry  there are people busy wanting to nail the likes of Suzuki GSXR upside down front ends onto CX500s and expecting it all to slot together like Lego. Far be it from me to cast aspersions on anyone else’s choice of modifications, Hell, I parted out a Ducati Hailwood Mille Replica to build an Alchemy, 25 years ago and the Boys from Bologana are still after me, I get nervous every time I see a Fiat 500.  I could probably have bought a house in Sydney instead of modifying unlikely machinery like 3CL Laverdas, R100s, SV650S, SRV250s and  MuZ Skorpions. There is no self-help group for people who want to break the habit of  a lifetime, “Hi, my name’s Richard and I’m a motorcycle modification addict”, only ever more websites showing builds of other maniacs to inspire others. “I read about it and bought the parts on the net because they were there” is all the justification required. Somewhere, probably in a beige painted room with soft furnishings, there must exist a gathering of those who put custom bikes back to standard, I mean, just by the law of averages. Owners clubs probably come closest to preserving factory spec (and also, ironically, historic race clubs). Heavens forbid that Oz goes the way of Germany with only the use of approved parts for registered road bikes.

As an old fart I try to go for function over form on a budget, I realise this is not a convincing excuse, not even I believe it but it’s the best I’ve got.  I do not need tyres that are ZR rated for extended speeds of 240kph on my road bike and cost accordingly, a mere H will do for those special occasions. On any bike I buy I fork out for braided brake lines and good quality pads and get the brakes system bled once a year whether they need it or not. I am happy to upgrade the suspension once the factory originals are clagged after a couple of years. When it comes to anything else I start with a dyno run to get a benchmark, you have to know where you are starting from. If the fuelling is good and there are no obvious holes or anomalies in the performance there is no need to spend any further. The logical advice is to Stop Now as you are standing at The Portal of  Financial Non Return, alternatively known as Tuners’ Paradise where Function and Form are writ large in an ever expanding universe of never ending further development – there is absolutely no end to how far you can go. Projects evolve until they peter out as the money or the impetus curdles and it becomes time to fall in love all over again with the next one. Take wallet, rinse, repeat, and tell yourself that at least bikes are cheaper than children and that it was worth spending 25k over 15 years on that  DR650 project.

Wants and needs are of course slippery things that are open to change.  On the road I will run the airbox with maybe a different filter, and maybe a different carb for a bit more snap. Naturally having changed the carburation then there is the logic to free up the exhaust side. Then there is the temptation to pull the head off, flow the intake and ports, up capacity, compression ratio, lumpier camshafts, trick adjustable ignition and everything else because, well, it’s there to be done. Your conversations will include previously unknown  vocabulary with words like Squish and Decking the barrels. Lighter wheels, bigger discs, upgraded lights, different bars, reupholstered seat? The engine may be tuned to the point of no return but I don’t want to be pulled over by every Highway Patrol so I try to keep the bike at least looking standardish.

Project development is always tricky. The aftermarket for the 5 valve 660 Yamaha engine went nuts when it was used in Raptor quads. The innocent little standard 658cc 42HP engine with around 9:1 compression can have 680, 720, 790 barrels, Stage 3 camshafts, bigger valves, a compression of 13.5:1 and put out a reputed 80HP (maybe not for long). Be still my trembling credit card, I want reliability and a mere 65HP at the rear wheel will do nicely rather than an unrideable hand grenade.  The 680 kit, worked head along with big valves and cam, trick ignition and carbs with one-off exhaust is the sensible, modest choice. See what I did there, I used restraint!

Be aware that to turn an old bike into a new bike you will need to spend the price of a new bike on the old bike. A 30 year old wiring harness is not your friend, 30 year old suspension is 29 years out of date and whilst original components may no longer be available (or astronomically priced) that doesn’t mean that all modern aftermarket parts fit as promised.  That project now advertised as 90% completed may still mean that only 10% of the required budget has been spent. If you are an accomplished mechanic, welder, electrician, painter and parts finder with a creative bent you stand a chance – for Joe Average, a World of Pain.

Who is to blame for the bush fire of angle grinder sparks as frame seat loops are bastardised from Hobart to Darwin in the name of Bratdom?  I suppose the day the second motorcycle got built, the die was cast.  Less is more, more is more, bling is the thing, tour is more, pick your poison and imbibe deeply. The clip-ons and fishtail silencers of the 1960’s British Cafe racer morphed into the topboxes and screens of the 1970’s which gave way to the 4-1 pipes in the 80’s, trick carbs and cams in the 90’s and everything else from then on and that’s just mainstream road bikes.  Motorcycling evolved  from primary transport to leisure and yet what is old is new, this century brown seats and handgrips reappeared  after a 60 year hiatus. Cheap power tools, the internet and spare time curtesy of Covid to start butchering the frame and all of a sudden everyone is building “a beast” in the shed and the prices of GN250s and CX500s have gone through the roof. “There is nothing better than riding a bike you built” can also be a sub-text for “There is nothing more dangerous, evil handling, badly running, expensive (and potentially threatening to your marital relationship) than a bike you built.” So many builders get to the point of frustration where they realise they are in way to deep and need professional help. The problem is that the professional help has to then not just find a solution to the problem presented but also unpick a lot of the owner’s previous work to solve a plethora of unwittingly created potential future problems.

The results of all this tinkering with standard motorcycles does not have to be some mechanical Frankenstein or bankruptcy. Your two (or three) wheeled lovechild may indeed be able to hold its head up in the little disparate clique of the motorcycling society that you inhabit for a fraction (5/4ths?)  of the cost of a Bimota or Magni Replica, and kudos to you. The experience and knowledge learned in the process will stand you in good stead for your next project, and the one after, and the one after that, I mean who’s counting the dollars when it’s all about passion and potential?

Posted in What's In The Workshop